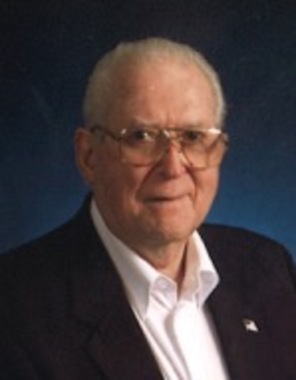 Back to John's story

John Bennett McGuirk, Jr., 82, of Tallahassee, passed away on December 24, 2019, while surrounded by his loving family.

He was born in Live Oak, Florida on January 9, 1937, to the late John Bennett and Evelyn Blackstone McGuirk. Also preceding him in death is a sister, Mary Robinson. A proud veteran of the US Air Force, he was also very active at Lakeview Baptist Church, where he served as Deacon and Sunday School Teacher. He was very civic minded and was also a passionate and dedicated member of the World War II Club. He spent his career as a sportscaster for both television and radio.

In lieu of flowers, memorial donations may be made to Big Bend Hospice. Online condolences may be expressed at www.abbeyfh.com.
Published on December 30, 2019
To plant a tree in memory of John Bennett McGuirk, please visit Tribute Store.

Plant a tree in memory
of John

A place to share condolences and memories.
The guestbook expires on March 29, 2020.

Jane Mitchell Wilson
Linda and family, I am so sorry to hear about your loss. John, Mary and I grew up together, our parents were close friends. Later Dottie came along and we became friends also. John and Mary and their parents would come to my parents house often on a Sunday afternoon either for lunch or just an afternoon visit. I will always remember those times. John will be missed by so many people.
View all