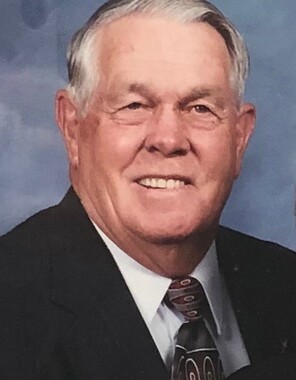 Back to Lester's story

Mr. Lester Ray Roberts, 87, passed away, Saturday, January 25, 2020 at the Suwanee Valley Care Center in Lake City, Fl following an extended illness. He was the son of the late Lester R and Theenie Knight Roberts. He is preceded in death by his wife Elizabeth Roberts and one sister Betty Mae Nelson and three brothers Earl, Earnest and Morris Roberts. He is also preceded in death by a granddaughter: Jade Roberts. He started Roberts and Son Masonry in 1966, where he worked until retiring in 1996 and turned it over to his son, Donald. He enjoyed hunting, fishing, and wood working. He was also a member of Fellowship Baptist Church and served his country in the United States Navy during WWII.

Send flowers
in memory of Lester

A place to share condolences and memories.
The guestbook expires on April 26, 2020.

John & Janice Holloway
Sorry for your loss . Cherish all of your Precious memories !
Amanda Grimmett
Donald , Sheila and family I’m so sorry for your loss he was such a special friend to me. When my husband died he was there asking me if I needed anything and please call if I ever need anything . Sat on my porch and talked a long time about the church, family and friends. He will be missed. Love you guys.🙏🙏🙏
Bobby Williams
Donald your dad was a great man and was very proud of you. I remember back in the day he use to light up a room with his big smile when he talked about "Buccaneer Football". We ALL know where Lester is today. That would be heaven!!!
View all